Do you have a car on the recall list – and what happens if you suffer injury due to a Takata airbag defect? 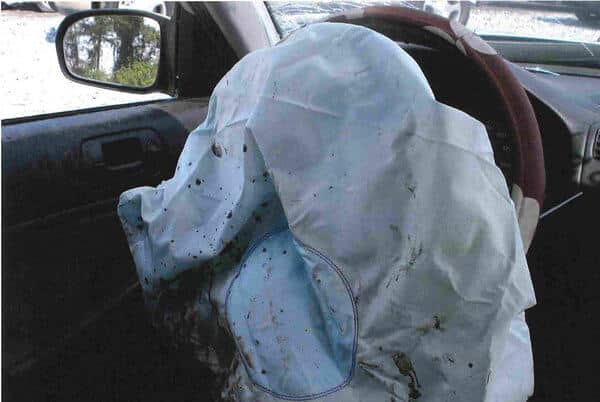 Today we have an unfortunate update to our previous Takata airbag posts. The cars on the Takata airbag recall list have just jumped from 14 million to an estimated 34 million. The death toll has jumped from two to six. The injuries stemming from this product defect are now estimated in the hundreds.

Obviously, we are following this issue closely at Michigan Auto Law. Even with the product liability restrictions and caps on pain and suffering that currently exist in many states, including Michigan, there are still legally viable Takata airbag claims that can be successfully filed on behalf of victims.

The biggest question mark at this point is that safety regulars have not publicly identified all of the car models included – so many people injured by defective Takata airbags might not even be aware they have a legitimate legal case.

You can see the working recall list below. In addition, the National Highway Traffic Safety Administration has a website dedicated to the Takata recall. You can enter your vehicle identification number (VIN) here, to see if your car is included in the Takata recall or any other recall.

How are the airbags malfunctioning?

The Takata airbags have malfunctioned during deployment, sending shrapnel flying through the passenger cabin. The NHTSA says “these inflators were made with a propellant that can degrade over time and has led to ruptures.”

It’s important to keep checking back on the NHTSA website for updates, as the NHTSA is waiting for the automakers to supply a complete list of affected vehicles, so more will be added. In addition, your VIN might not be entered into a manufacturer’s system for several weeks after a recall is first announced.

The National Highway Traffic Safety Administration urges owners of cars on the list to act immediately on recall notices to replace defective Takata airbags. To do so, follow-up with the manufacturer to get interim guidance and get your vehicle fixed as soon as parts are available.

Unfortunately, restrictions on product liability lawsuits that have been passed in many states around the country now include strict statutes of limitations and in some cases, notice provisions of injury.

If you have questions about this recall, or you have been hurt by a defective airbag and want to know about your legal rights, feel free to call one of our attorneys.  We are always here to help.