HB 4936 returns us to the problems No-Fault fixed nearly 40 years ago, and will be particularly devastating for injury victims in cities like Detroit and Pontiac 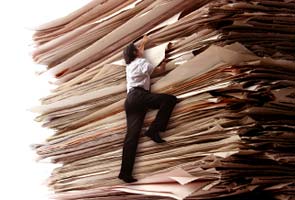 “Those who choose to ignore history doom the rest of us by repeating it.”

Much of the absurdity of the so-called Michigan No-Fault “reform” bills are best summarized by George Santayana’s famous quote.

Michigan’s No-Fault law was passed in 1973 to “right the wrongs” of Michigan’s former tort liability system, which required auto accident victims to sue other people to get medical bills paid. This clogged the courts with thousands of unnecessary car accident lawsuits, and created a system that was “incomplete, inequitable, inefficient and slow.” It denied medical care to injured car accident victims, under-compensated hundreds of others, and brought financial ruin to many victims, due to lengthy delays in the courts.

Michigan’s No-Fault Law has largely changed all of that.

No more denied or under-compensated benefits. Prompt access to medical care for accident injury victims and people who can get the needed care and follow-up afterwards. And, no more lengthy, unpredictable lawsuits to get medical bills and other economic loss (such as wage loss) after a car accident.

Imagine, if you will, the problems of people trying to sue individuals directly if we returned to this system, when in some cities, such as Detroit or Pontiac, it is estimated up to 50 percent of drivers are uninsured. Once we get past the minimum PIP amounts, most of these people will literally be out of luck, unable to pay their mounting bills or to recoup wage loss.

Under No-Fault , it’s different. An auto accident victim in Michigan is guaranteed needed medical benefits regardless of who was “at fault,” as long as it was related to the car accident and found to be reasonable and necessary medical care.”

For nearly 40 years, the No-Fault system has been the law in the Michigan and it has been praised by insurance industry leaders as the “best” and the “most efficient and effective” auto insurance in the country. In one sentence written almost 40 years ago – as versus ten thousand pages of health care legislation – we achieved a system for the people of this state that is better than BCBS, workers compensation and Medicaid.

The people pushing No-Fault “reform” want to do away with all of this. They claim putting limits on medical benefits will save Michigan drivers money, despite their persistent refusal to guarantee that savings to Michigan citizens in writing.

What happens after No-Fault?

There is a “backstop” in place, the almost universally Republican legislators who are pushing “reform” insist — without the slightest hint of irony.

And what is that “backstop?”

At least, that’s the position of Pete Kuhnmuench, Executive Director of the Insurance Institute of Michigan, and Gary Wolfram, President of Hillsdale Policy Group, Ltd.:

“Despite what some critics claim, this legislation would not leave people out in the cold. … [Auto accident victims with] accident-related medical claims [that exceed the new medical limits] … can … sue a responsible party for any excess medical losses.” (Kuhnmuench, 9/15/2011, Detroit Free Press, guest writer)

A return to the bad ol’ days

Hey, as a Michigan personal injury attorney, I should be thanking the auto insurance industry, right?

But the reality is that before Michigan’s No-Fault law took effect on October 1, 1973, Michigan had a “tort liability” or “at-fault” system for compensating seriously injured Michigan auto accident victims that was seriously deficient in many ways. Lots of good people were being hurt by this and yet this seems to be the solution that the auto insurance industry is pushing.

In order to get accident-related medical treatment and medical care paid for, a victim had to file a lawsuit against the driver who injured her and prove that the driver was “at fault” in causing the accident.

In particular, it was found that the tort liability system had an “inequitable payment structure” because a “high percentage of persons injured in automobile accidents received no reparations under the tort system” and the system “systematically under-compensated the most seriously injured” victims.

As such, given the “long payment delays,” “[s]everely injured people [were forced] to bear devastating financial burdens while waiting for lawsuits to be settled.”

Generally, Michigan’s No-Fault law, which took effect on October 1, 1973, was enacted for the purpose of “righting the wrongs of the old tort liability system and … protecting the Michigan consumer …”

More specifically, No-Fault “was created by the State Legislature to … assure that persons injured in auto accidents are compensated … quickly and equitably … for medical costs …”

And, the way Michigan’s No-Fault Law accomplished that goal was to guarantee the following to every Michigan auto accident victim:

“[U]nlimited medical benefits for their lifetime … on a ‘no-fault’ basis.”

Unlimited medical benefits is a keeper

History has proved how indispensable and essential the guarantee of unlimited medical benefits is to the Michigan No-Fault Law.

In the late 1970s, Michigan’s auto insurance companies railed against No-Fault’s unlimited medical benefits guarantee, insisting the “law be amended to place a ceiling on benefits …”

In his April 10, 1978, report, “No-Fault Insurance In Michigan: Consumer Attitudes And Performance,” Jones explains why eliminating No Fault’s unlimited medical benefits guarantee is such a bad idea:

“[L]imiting first party benefits … would simply result in a renewed increase in tort cases as people were required to sue for benefits denied by a limitation on medical and rehabilitation expenses.”

“Placing a ceiling on PIP payments will serve to introduce uncertainty for the injured individual on whether or not he or she can afford rehabilitation treatments. This uncertainty inevitably causes delay and markedly reduces the possibility of successful rehabilitation.”

“These points all argue that not only is a ceiling on PIP payments destructive to the no-fault concept and clearly contrary to the public interest, but it actually increases the overall cost of the catastrophic loss.”

But Jones’s belief in the importance and indispensability of unlimited medical benefits went beyond just words. In 1978, he supported the Michigan Legislature’s decision to create the Michigan Catastrophic Claims Association which would serve as a bailout for No Fault auto insurance companies. Once a claim for unlimited medical benefits exceeds a predetermined dollar amount, the MCCA steps in to reimburse the No-Fault insurer for any monies paid over and above that predetermined amount.

Moreover, Michigan voters and lawmakers have repeatedly rejected the idea of putting a ceiling or otherwise eliminating No Fault’s unlimited medical benefits.

And, in 2008 and 2010, Michigan lawmakers refused to act on so-called No Fault “Reform” bills introduced by former Sen. Alan Sanborn and current Rep. Pete Lund. (Lund’s pending No Fault “Reform” effort, House Bill 4936, was voted out of the House Insurance Committee on October 13, 2011.)

Michigan No-Fault: The ‘best auto insurance in The country’

Probably one of the strongest cases for the value of No-Fault’s unlimited medical benefits guarantee is the one made by the insurance industry itself.

Indeed, insurance industry leaders such as the Insurance Institute of Michigan, its executive director, Pete Kuhnmuench, the American Insurance Association and the Insurance Journal have for years praised Michigan’s nearly 40-year-old No-Fault system and especially its guarantee of unlimited, lifetime medical benefits:

o Michigan No-Fault policyholders “‘are getting a bang for their buck when it comes to protecting themselves in the case of a traffic crash.'” (Insurance Institute of Michigan, “Michigan Average Auto Insurance Premiums Drop,” December 2, 2009, Press Release, quoting IIM Executive Director Pete Kuhnmuench)

o “Michigan is generally recognized as having the most efficient and effective auto insurance law in the United States. … Auto insurance prices in Michigan are reasonable — especially considering the high level of benefits provided to consumers. …” (Insurance Institute of Michigan, 2010 IIM Fact Book, Page 19-20)

o “Michigan’s no-fault law [which] requires insurance companies to provide unlimited, lifetime medical benefits to those injured in auto accidents … is generally recognized as … the most efficient and effective auto insurance law in the United States.” (Insurance Institute of Michigan, “No Fault: An overview of Michigan’s unique auto insurance law,” brochure)

o “Given that Michigan’s no-fault injury benefits package is unlimited, the average price paid by driver in the state is extremely reasonable. Michigan is the only state in which no-fault medical benefits have no dollar limit.” (Insurance Journal, “Michigan Debate Over Proposed Auto Insurance Changes Heats Up,” quoting statement from Property Casualty Insurers Association of America (PCI), December 2, 2009)

The guarantee of unlimited medical benefits, as long as that medical care is both reasonable and necessary to the auto accident victim, is what lies at the heart of Michigan’s No-Fault law.

It is what makes No-Fault work and it is what fixed the inequities and failures of the tort liability system “which historically has done a poor job of providing for seriously injured auto accident victims.”

Let’s hope the Michigan Legislature comes to it senses about so-called No-Fault “reform” and refrains from making history by absurdly repeating it.

– Steven Gursten is recognized as one of the nation’s top personal injury attorneys handling serious auto and No-Fault insurance lawsuits. He frequently writes about Michigan No-Fault law and “reform,” and is available for comment.

Woman paralyzed in a Michigan car accident: What would you want for your daughter, sister, wife?

Michigan Auto Law is the largest law firm exclusively handling car accident, truck accident and motorcycle accident cases throughout the entire state. We have offices in Farmington Hills, Detroit, Ann Arbor, Grand Rapids and Sterling Heights to better serve you. Call (800) 777-0028 for a free consultation with one of our Michigan personal injury attorneys.