Michigan-based Auto-Owners Insurance Company also had a banner year in 2020, touting “a record ninth consecutive year with . . . more than $1.1 billion in new business.”

In other words, Michigan’s new auto No-Fault law has been really good for the insurance companies, but not so good yet for consumers and Michigan drivers.

This is exactly what I predicted would happen when Michigan enacted it’s new auto No-Fault law in 2019. I predicted that the big winners from No-Fault reform would not be Michigan consumers but the auto insurance companies who were going to cash in by creating a system that guaranteed them even higher profits than they were already enjoying previously with the introduction of a medical fee schedule and new PIP coverage level caps.

More and more, we are seeing what a boondoggle No-Fault reform is for the auto insurance companies.

Drivers have seen no meaningful savings on their auto insurance bills. They never could. The math was clear from the beginning because savings was limited to the PIP portion of your No-Fault insurance, which makes up roughly 35% of your total auto insurance premium. Therefore, even if you chose the very lowest PIP coverage levels of $50,000 (which I do NOT recommend) for a maximum possible savings of 45%, that was only going to be 45% of the 35% of your bill that represents PIP. The remaining 65% of your premium was never going to be affected by the new auto law. That’s why today, 2 years after the new auto No-Fault law was enacted in 2019, Michigan still has the second highest car insurance premiums in the U.S.

These profits, and the turbo-boost to profits that insurance companies are going to reap with the medical fee schedule that takes full effect on July 1, 2021, come at the expense of Michigan’s most catastrophically injured car accident victims, who will lose access to vital medical care and treatment under No-Fault reform’s new medical fee schedule. Quality of medical care will also be diminished as many of the specialized TBI and spinal cord medical facilities are forced to shut their doors and thousands of specialized care providers will find themselves now out of work, impacted by the new fee schedule as well.

So while everyone else is getting cashed out by No-Fault reform, auto insurance companies are cashing in.

In other words, it’s business as usual for Michigan’s auto insurance industry. 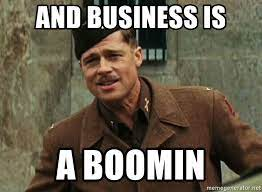 Auto insurance company profits hitting “record-smashing” highs in 2020 – or in any year for that matter – is old news in Michigan. In my Detroit Free Press guest-column in 2013, I exposed the fact that Michigan auto insurers collected more than $2 billion more in auto insurance premiums than they paid out in claims.

Michigan auto insurance companies “brought in about $6.8 billion in private passenger and commercial auto premiums and paid out some $4.7 billion in losses on private and commercial auto claims . . . Michigan auto insurers pocketed the difference. That’s more than $2 billion in unused premiums . . . for the trouble of selling a product (auto no-fault insurance) that consumers in this state are required by law to purchase. . . . When premiums outpace payouts by more than $2 billion, it’s clear that it’s not the costs of Michigan’s auto no-fault insurance system that is driving up high auto insurance rates. It’s profits.”

The “record-smashing” auto insurance company profits for Progressive in 2020, which has nearly 18% of the Michigan market, amounted to a “44% increase in profits nationwide, netting $5.7 billion income,” according to the study. Auto insurance represents approximately two-thirds of all Progressive policies.

The “record-smashing” auto insurance company profits for State Farm in 2020, which has more than 16% of the Michigan market, amounted to “a national auto insurance ‘underwriting gain’ of $1.7 billion,” according to the study. “This profit is 50% higher than the next best” within the last 10 years.

The “record-smashing” auto insurance company profits for Allstate in 2020, which has nearly 8% of the Michigan market, resulted in “[m]ore than doubl[ing] its auto insurance ‘underwriting income’ to $3.4 billion,” according to the study. Allstate had its “highest companywide net income in at least 20 years.”

The “record-smashing” auto insurance company profits for Citizens in 2020, which has nearly 6.5% of the Michigan market, resulted in its parent company “report[ing] a 47% increase in 2020 personal lines insurance income,” according to the study. Auto insurance is “two-thirds of [the] personal lines business.”

The “record-smashing” auto insurance company profits for Auto-Owners in 2020, which has 10.65% of the Michigan market, meant that in 2020 Auto-Owners had “a record ninth consecutive year with an underwriting profit” and “more than $1.1 billion in new business,” according to the study.

A profitability analysis of Michigan’s auto insurance market by a former state Insurance Commissioner showed that “leading Michigan auto insurers . . . have been highly profitable.” They “were significantly more profitable than the national average,” the analysis said, quoting an insurance industry trade journal.

The analysis also noted that “one of the three leading carriers whose business consists predominantly of Michigan business, more than doubled its profits in five years . . .”

Have questions about why auto insurance company profits hit record-smashing highs in 2020?

If you have questions about how and why auto insurance company profits are so high while drivers are still paying the second high premiums in the country and losing access to vital medical care and treatment because of No-Fault reform, please read the links to the blogs I’ve included in this post. Also, please call your state Representative, state senator, the Speaker of the House, the Senate Majority Leader and the Governor to let them know what you think.

If you were injured in an accident and would like to speak with an experienced auto accident attorney, call toll free anytime 24/7 at (248) 353-7575 for a free consultation with one of our attorneys. You can also get help from an experienced accident attorney by visiting our contact page or you can use the chat feature on our website. We are also happy to recommend an independent insurance agency for you to comparison shop and get quotes to protect you and your family.