Latest deadly elderly driving car accident raises question: When is it time for an elderly person to hand over the car keys? 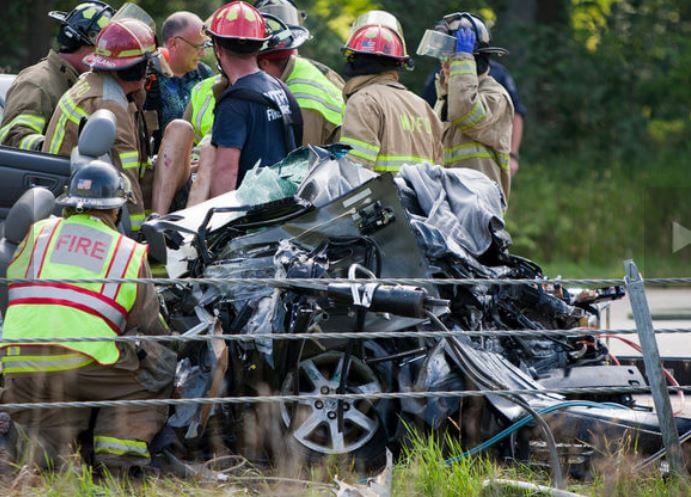 Last Friday, there was a wrong-way car accident caused by a confused elderly driver. This one was in West Michigan, near Marne in Ottawa County.

Donna Laymon, 81, of Grand Rapids, died at the scene of the September 5 crash on I-96 near the Walker exit. Her husband, Leslie Laymon, 83, was driving the car the wrong way and remains in critical condition, according to a recent Mlive article, “Police identify victims in latest wrong-way fatal crash on I-96 near Marne.”

Leslie Laymon was driving west on Ironwood Drive when he failed to steer around a curve near the I-96 expressway. His Lincoln Town Car hit a berm and went airborne before it continued west onto the Exit 24 ramp, stated the Ottawa County Sheriff’s Department. The other driver, Donald VanHoeven, 80, of Montague, and his wife, Shirley, 79, are also in critical condition.

This is a tragedy, certainly.  But these are also preventable tragedies. My concern is that we will be seeing this happen more and more often as our population continues to age, until we finally create some basic common-sense rules that balance individual freedoms of the individual with the need to protect all of us on the roads. Sadly, wrong-way crashes at the hands of senior citizen drivers who become confused are becoming more and more common.

I was interviewed on Fox 2 Detroit “Let it Rip” as a legal expert on the topic of elderly driving. The debate about older drivers resurfaced following the tragic death of 88-year-old Lorriane McKaig of Livonia.  She was driving to her favorite restaurant, but got confused due to a detour, and was finally found unresponsive all the way on Detroit’s east side, in the frigid temperatures. Mrs. McKaig later died. I was also interviewed by the Mitch Albom Show and have lectured and spoken on this subject at several legal seminars.

And so the debate continues: How old is too old to drive?

My interest in this area began as a lawyer for families in several cases involving terrible car accidents caused by older drivers who became confused. On one hand, we must respect the elderly and their independence. But it’s my opinion that when age affects your ability to drive, it’s time to hand over the keys.

And being a senior driver isn’t all bad.  Elderly drivers are more likely to follow the traffic safety laws and buckle up.  They are less likely to text and drive, or drink and drive. But it’s advances of the aging process that usually causes elderly driving car crashes. For instance, there are often issues with failing vision, confusion, coordination, balance, declines in cognitive functioning and perception and reaction time. Because of the aging process,  elderly drivers are more likely to get confused and go the wrong way on a freeway, like Mr. Layman. Even a two-to-four second delay between perceiving an object – or a person –  and being able to react by pumping the brakes or turning the steering wheel, can be deadly because of the distance that car travels while it takes an older driver longer to perceive, understand, and react to what lies ahead.

Currently, our law in Michigan  is terrible and needs strengthening. You can get a license re-examination to determine if an elderly driver is still fit to drive, but only if that driver has killed someone, caused three car accidents in two years, or accrued 12 or more points on their license in two years.   This is what I said about our law in Michigan on the Mitch Albom show.