How the elderly driving law really protects the doctors 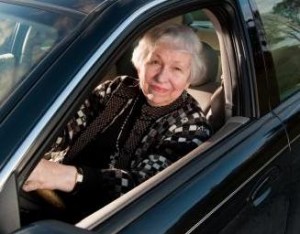 On Monday, I was interviewed on the Mitch Albom show on WJR 760am. The subject was the new Michigan law on elderly and unfit drivers.

You can listen to the interview here.

It’s a topic I’ve spoken and written about before, both at legal seminars on the challenges older drivers face, and with the media. It’s a topic I care very much about.

First, what is this new law?

The new Michigan law, Public Act 354 and Public Act 355,  allows doctors to alert the Michigan Secretary of State if the doctor or optometrist thinks a patient’s medical condition makes that person unsafe behind the wheel.

There are several remarkable things about this new law.

The first is that hardly anyone knows about it. The law was passed in the midst of the lame duck session of the Legislature last year, and signed by Gov. Rickj Snyder on December 27, 2012. It received almost no media attention. Most doctors who deal with the elderly and patients with epilepsy, as well as most lawyers, do not have any idea that the law even exists.

Michigan’s elderly driving law does not protect the public, it protects the doctors

When I was introduced on the Mitch Albom show, the introduction to my segment was that an experienced lawyer will be talking about the new law that takes unsafe elderly drivers off the roads in this state.

But it doesn’t. It doesn’t come close.

The new Michigan law, modeled on similar legislation that has already been enacted in almost two dozen states, cares more about protecting doctors then it does about protecting the safety of the public. If the intent is to protect the public from older drivers who have become clearly unsafe, or from other drivers who have seizure disorders and epilepsy and who are still driving, then it fails.

This is because the new law provides complete immunity from civil and criminal lawsuits for all doctors, whether that doctor reports an unsafe older driver, or chooses not to.

And that is my greatest criticism with the new legislation. A doctor who knows an older person is unsafe, who knows that there is a high risk of causing harm to others on the roads, and who chooses to do nothing and chooses not to report that patient, has total immunity. Even when that unsafe driver then goes out and kills himself and others on the road.

It protects doctors who take the default position, which is to say, the doctors who choose to do nothing (even when these doctors know there is a very high probability that this unsafe person will cause serious harm to himself or others driving a car).  It also requires that a doctor who does report a concern regarding a patient take additional steps, such as providing documentation to support his or her opinion. The doctor must also state this concern in writing.

Yes, the new law does make this reporting confidential, and that is some improvement.

But the law doesn’t actually change anything. Before the new legislation was enacted, some doctors were still reporting patients they were concerned about to the Secretary of State, but these reports were not confidential.  To that extent, the new law is an improvement over the old way of doing things.

But the new law is not mandatory, and that is its greatest failing.

It was pushed through either at the behest of, or working closely with, the state’s powerful medical lobby.  And the law seems more concerned with protecting doctors who do nothing at the expense of protecting the public.

The challenges of elderly driving cases and lawsuits

These are always difficult cases. To the older drivers who’s freedom to drive is at issue, it is extremely personal.  It is about their independence. And it causes great hardship and angst for families and children of these older drivers who have become unsafe behind the wheel.

The Michigan State Police have found that fatality rates are 17 times greater for drivers over the age of 65 than for drivers between the ages of 25-64.   Statistically, older drivers are far more dangerous and more at risk of causing a motor vehicle accident than any other group, except for the youngest drivers.

Whereas younger drivers have great reflexes, elderly drivers can have very poor judgment.  Older drivers have the exact opposite problem.  They have better judgment and will make safer driving decisions behind the wheel of a car (for example, not to text or speed or drink and drive), but older drivers have slower reflexes and poorer vision.

A car that is driving 45 mph is traveling at 70 feet per second.  Even a few seconds of delay – because an older driver’s perception and reaction time has slowed – can have fatal consequences. Add driver confusion behind the wheel, or problems with gross motor skills, and the problems of older drivers becomes more apparent.

I put it to people like this: if you have children in your neighborhood, a car driving 25 mph is basically moving at 40 feet per second.  Forty feet a second.  Do you really want someone who is going to have an additional few seconds delay between the time they see your child in the street and being able to react by steering and braking, assuming they have the visual acuity to even see the child right away? Visit our elderly driving resources page for more.

What should we be doing to protect the driving elderly?

In my opinion, this is not the end of the story.  It is just the beginning.  As the problems of older drivers causing very deadly – and very preventable – car accidents becomes even greater, something else  will need to be done by legislatures across America.

After all, the number of older drivers behind the wheel will double between now and the year 2030. The math will almost certainly make us need to revisit this challenge again.

So how can we protect the public and the individual?

The answer, in my opinion, is simple.  I would like to see mandatory safety exams for older drivers, perhaps starting at age 72, and continuing every few years.  Such an exam would be very fast and very inexpensive.  A very quick examination that includes a vision test, a mini mental status exam to test for dementia and a basic physical test to test for physical ability, balance and coordination would prevent most of these car accidents before they ever take place.

An ounce of prevention is better than a pound of cure.

Today, our priorities are completely out of whack.  We are more focused on what happens AFTER a car accident than we are on what we can do BEFORE a car accident so it never happens.  The new law just allows doctors who do report a patient to have that report be confidential.  The Secretary of State only gets involved after too many car crashes and points.

Today, the Secretary of State’s office only requires a mandatory drivers re-examination if a driver kills someone, if that driver causes three car accidents in two years, or accrues 12 points on his or her driving record in two years.

Our priorities are on the pound of cure.  Not the ounce of prevention.  And because of the state’s powerful medical lobby, our legislators are more concerned with protecting the doctors who do nothing at the expense of the safety to the rest of us.