Injury lawyer discusses ways to prevent car accidents, including the use of ignition interlock devices 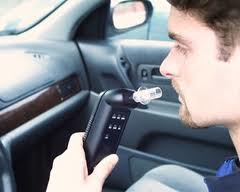 University of Michigan fans, including myself, were disappointed this month when star wide receiver Darryl Stonum was arrested for his second citation for driving under the influence of alcohol. Stonum’s first DUI arrest was much earlier in his Wolverine career, in September of 2008. But the receiver violated the terms of his probation multiple times by missing court dates, and landed back in jail on May 6 after a second arrest.

Repeat DUI offenders are far too common in Michigan, possibly due to the state’s lax DUI penalties compared to other states. Michigan does not:
o Suspend the driver’s license after a first citation;
o Does not require ignition interlock devices after the initial offense;
o and does not allow police DUI checkpoints, according to the Insurance Institute of Highway Safety.

Analysis of DUI laws and DUI fatality statistics nationwide suggests that DUI penalty laws could have an impact on each state’s car accident fatality statistics. Utah, for example, suspends the driver’s license after a first citation, requires ignition interlocks for all offenders, allows DUI checkpoints, and reports the lowest rate of DUI deaths compared to total car accident fatalities at 17 percent. South Carolina, on the other hand, has lax DUI penalties (similar to Michigan) and reports a whopping 44 percent of total car accidents as related to drunk driving. Michigan’s drunk driving fatality numbers are near the middle of the pack, at 29 percent of total car accident deaths.

Fortunately, Michigan’s repeat DUI offenders are required to equip their vehicles with ignition interlock devices, which test the driver’s blood alcohol content before allowing the car to turn on. Michigan defines repeat offenders as anyone who has two or more DUI convictions within 7 years or three or more convictions within 10 years.

The ignition interlock DUI prevention is an encouraging step, but establishing the penalty for first-time offenders would send a stronger zero-tolerance message against driving drunk.

It also appears that Michigan lags behind its neighbors in terms of DUI enforcement. Wisconsin, Illinois, Indiana, and Ohio each suspend the driver’s license after a first offense, for six months, three months, 180 days, and 90 days respectively. Illinois and Wisconsin both require ignition interlock devices for DUI offenders with high BAC.

At least for ignition interlocks, it appears that enforcement could grow nationwide as the devices become more reliable, and less expensive to install. Ideally, state governments would require the in-car breathalyzers for all DUI offenders, and have them available for others to install voluntarily, writes Mothers Against Drunk Drivers on its website. “Our goal is to get the technology to be so reliable, accurate and inexpensive that it would cost owners less to have it on cars because of the insurance break – just like air bags.”

As always, dangerous drivers should be held accountable for their reckless decisions. But in past circumstances, with air bags and seat belts, for example, state and national legislatures have stepped up to improve auto safety and reduce car accidents to improve public safety.

Those examples indicate that Michigan could benefit by making it more difficult for first-time DUI offenders to receive repeat citations by suspending licenses and requiring ignition interlock devices following all DUI arrests.