The practice of lawyer ambulance-chasing and illegal attorney solicitation of car accident injury victims has been a growing problem in cities like Detroit for years.

And after Monday’s Detroit Free Press cover story on aggressive — and often illegal — attorney solicitation practices occurring around Detroit, the practice has been exposed to the public.

But this lack of action by the Michigan Attorney Grievance Commission has very real and very negative consequences for the entire legal profession.

As I told the Detroit Free Press on Sunday, other Michigan auto accident lawyers see how much money the lawyers who are breaking the law are making. They see that nothing is happening to these lawyers as they continue over the years to violate these ethics rules, and then they decide to jump on the bandwagon.

This inexplicable inaction to date, despite years of this illegal activity all around Metro Detroit, leaves the public exposed to unscrupulous lawyers who are breaking the law. It forces members of the State Bar of Michigan to watch in dismay as the ethical standards that are supposed to govern our profession and protect the public erode even further.

I believe it is entirely fair to say that a large part of the fraud that exists today, as is detailed in the Detroit Free Press story, could have been prevented or even stopped completely if some action were taken by the Attorney Grievance Commission at any time over the past 10 years.

The concerns about unethical attorney conduct have now reached unprecedented levels, especially among the plaintiff personal injury lawyers and auto accident lawyers in Michigan who do follow the ethics rules of our profession. We have watched the total failure of the disciplinary system in Michigan to investigate and adequately prosecute the lawyers who are engaging in this illegal activity for literally years.

The lack of prosecution and discipline of lawyers engaging in illegal attorney solicitation has contributed substantially to the problem that, as the Free Press story details, has now reached unprecedented levels in Metro Detroit.

Nor is this a new problem. This has been going on for at least the last 10 years. I started writing about it in 2011 on the pages of this auto law blog. A law was passed to try to stop this in 2014, with the support of both the Michigan Association for Justice and the auto insurance industry. MCL 750.410(b) bars direct attorney solicitation of a car crash victim for 30 days.

This law has, to the best of my knowledge, never been enforced. And when a law that is meant to protect the public is not enforced, it becomes merely a suggestion.

But while lawyers have watched for years as this has been happening, what has the Michigan Attorney Grievance Commission done to stop it?

As the Detroit Free Press story shows, this Illegal attorney solicitation is a driver of high car insurance rates. It is doing direct harm to the car accident victims who hire these lawyers. It gives the entire legal profession an ugly black eye.

It causes dismay for the majority of auto accident attorneys who do follow the ethics rules in this state.

I know first-hand the feelings of immense frustration that most personal injury attorneys have today with the Michigan Attorney Grievance Commission and their lack of action in addressing this problem over years.

As to what the Michigan Attorney Grievance has done to date, the Detroit Free Press story has left readers with more questions than answers.

The problem of illegal and unethical activity is not new, but it has grown

I was one of the first lawyers in Michigan to sound the alarm about this.

Here’s what I said in 2011 about a proposal to ban attorney solicitation letters:

In 2012, I argued that three things needed to happen to solve the ambulance chasing problem in Michigan: (1) A barratry law needed to be passed; (2) Traffic crash reports should be made unavailable for as much as 90 days after an accident; and (3) the federal RICO (Racketeer Influenced and Corrupt Organizations Act) statute should be used to bust up No-Fault fraud rings. I also wrote, at the time, that “We have a long way to go in repairing this problem. It’s definitely an issue for the Attorney General’s office, the Attorney Grievance Commission of Michigan, the State Bar of Michigan and the Michigan Legislature to fix.”

In 2013, I voiced strong support for the bills that would eventually be enacted to deal with attorney solicitation of car accident victims by “ambulance chasing” lawyers:

“I’ve written extensively about how bad the ugly problem of attorney solicitation has become in Michigan in recent years. People injured in car accidents are now getting letters in the mail from about a dozen personal injury law firms from around the state. That was bad enough. But now many injury lawyers – and here I do call out my own – have gone one step further. They are using chiropractors and other proxies to directly contact these people. Police reports are purchased online and auto accident victims are being phoned at home. Some are even knocking on doors and ringing doorbells. This is beyond demeaning to the legal profession, and it does a tremendous disservice to people who have just been in a car accident.  This is taking the ugliness of ambulance chasing personal injury lawyers to new levels of disrepute.”

And I was vocal in embracing the new “ambulance chasing” lawyer law took effect in 2014:

“Congratulations to Michigan Gov. Rick Snyder for cleaning up Michigan personal injury law and protecting auto accident victims from ruthless and overly aggressive mail solicitations by ‘ambulance chasing’ lawyers in Michigan. … Sadly, this unscrupulous practice (and scourge on the reputation of the legal profession) has gone on for too long. [Solicitation] lawyers have ‘gamed’ an ethics loophole which allows lawyers to use the mail to solicit legal business from auto accident victims, even though direct, face-to-face (or by telephone) solicitation is prohibited. The ‘ambulance chasing’ lawyers would buy and download the auto accident reports (prepared by the police) from the Internet. Then, within days or even hours of the crash being reported, the ‘ambulance chasing’ lawyers would flood the mailboxes and doorsteps of auto accident victims with the lawyers’ glossy promotional materials in the hopes of soliciting the victims’ accident-related legal business. Happily, this is a great start to bringing an end to those dark days.”

And I’ve criticized the total lack of enforcement of these anti-solicitation laws and professional ethics violations by a growing number of injury lawyers around Metro Detroit.

Under Michigan’s “ambulance chasing” law that protects car accident victims, lawyers and non-lawyers working on their behalf cannot directly solicit legal business from a car crash victim during the first 30 days after the crash, nor can they access the police reports in order to obtain the “personal information” needed to make a “direct solicitation.” (MCL 750.410b(1); 257.503(1)(a) and (b))

Additionally, the law prohibiting the “solicitation of personal injury claims” forbids an attorney and/or a non-lawyer working on his behalf from directly soliciting a personal injury victim “for the purpose of representing that person in making a claim for damages or prosecuting an action or causes of action arising out of a personal injury claim against any other person, firm, or corporation …” (MCL 750.410(1))

Finally, Rule 7.3(a) of the Michigan Rules of Professional Conduct – i.e., the ethics rules for lawyers – provides that a “lawyer shall not solicit professional employment from a prospective client with whom the lawyer has no family or prior professional relationship when a significant motive for the lawyer’s doing so is the lawyer’s pecuniary gain.”

The Detroit Free Press story has exposed this festering and ugly blight on the legal profession for all to see.

Now we will see if those charged with the responsibility of stopping this and protecting the public will act. 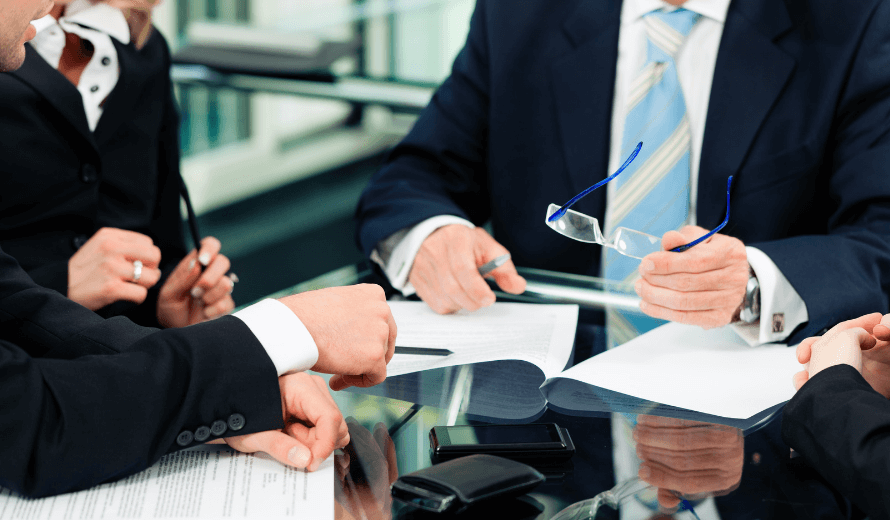