Miscarriage after a car accident results in the loss of a pregnant woman’s pregnancy. It is caused by the trauma and force involved in a car crash. A wrongful death lawsuit can be filed against the at-fault driver for damages including loss of society and companionship.

What is a miscarriage after a car accident?

Can you sue for the death of the embryo/fetus after a crash?

A wrongful death lawsuit for a miscarriage after a car accident must be brought by the personal representative of the estate of the embryo or fetus whose death resulted from the miscarriage. ((MCL 600.2922a(1); 600.2922(1) and (2))

What are the damages that can be recovered?

Can you sue for loss of consortium damages?

As an auto accident attorney, I’ve litigated car and truck accident cases in a number of different states and the wrongful death laws can vary significantly from each other. Some states do not recognize the right to sue for the loss of a pregnancy caused by a car accident. In Michigan, a woman can sue for the loss of her pregnancy as a result of the trauma and injuries from a car accident as part of a wrongful death lawsuit brought by the estate. In 2012, the Michigan Supreme Court expressly recognized the right of a pregnant woman who suffered a death to her embryo or fetus to file a lawsuit and a claim for damages for “the loss of the society and companionship of the deceased.” (MCL 600.2922(6); Johnson vs. Pastoriza, Michigan Supreme Court, 2012, #142127)

About miscarriage after a car accident compensation

There is no set defined amount of compensation for settlement for a miscarriage after a car accident. The settlement amounts will depend on the facts of each case and the skill and experience and reputation of the lawyer. However, it is frequently the case that a settlement is probably worth a lot more than what the at-fault driver’s insurance company is offering.

To find out what your case may be worth, please check out our Car Accident Settlement Calculator.

A pregnant woman who has suffered a miscarriage after a car accident will be entitled to receive No-Fault PIP benefits to cover her medical bills and lost wages.

As I wrote above, the law regarding both a lawsuit for compensation and also a criminal case against a person for causing the the death of an embryo or fetus after a crash will vary depending on the law of the state in which this occurs. In Michigan the law provides that a person who “commits a grossly negligent act against a pregnant individual . . . that results in a miscarriage . . . by that individual” is guilty of a felony, punishable by 15 years in prison or a fine of $7,500 or both. (MCL 750.90c(a))

Additionally, a “carless or reckless” driver who causes “an accident involving a pregnant individual and the accident results in a miscarriage . . . by that individual” is guilty of a misdemeanor, punishable by up to 2 years in prison, a fine of $2,000 or both. (MCL 750.90e)

If you have suffered a miscarriage after a car accident and would like to speak to an experienced personal injury attorney, call toll free anytime 24/7 at (248) 353-7575 for a free consultation with one of our attorneys. You can also get help from an experienced accident attorney by visiting our contact page or you can use the chat feature on our website. 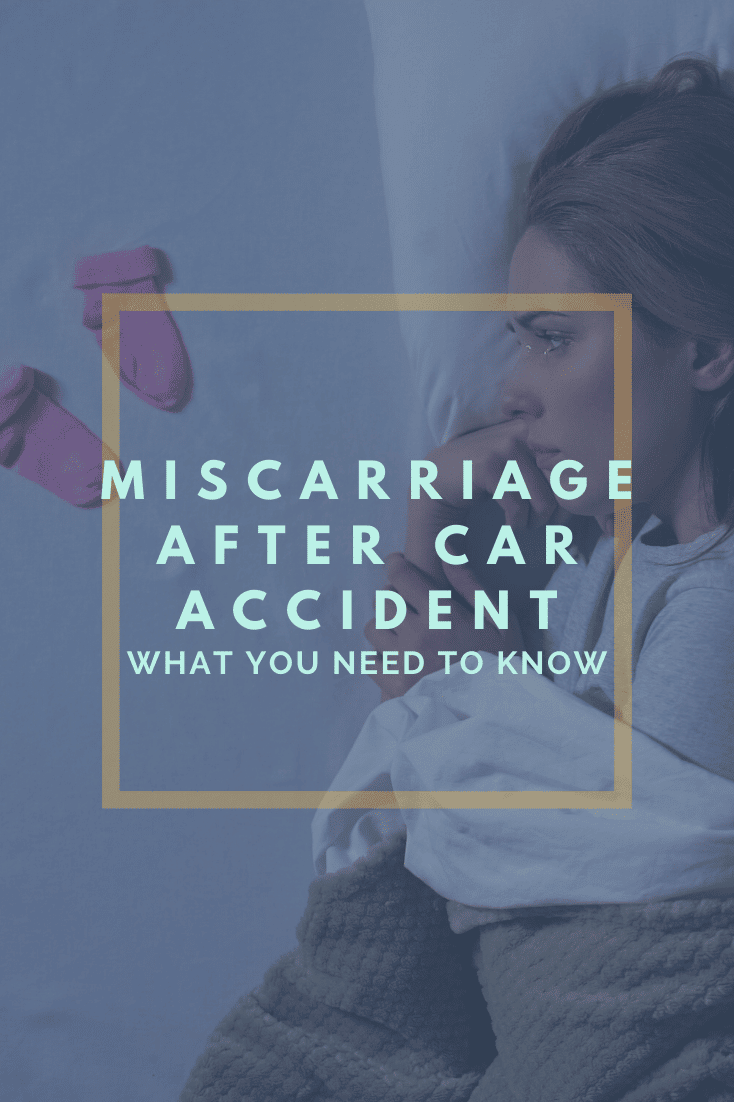