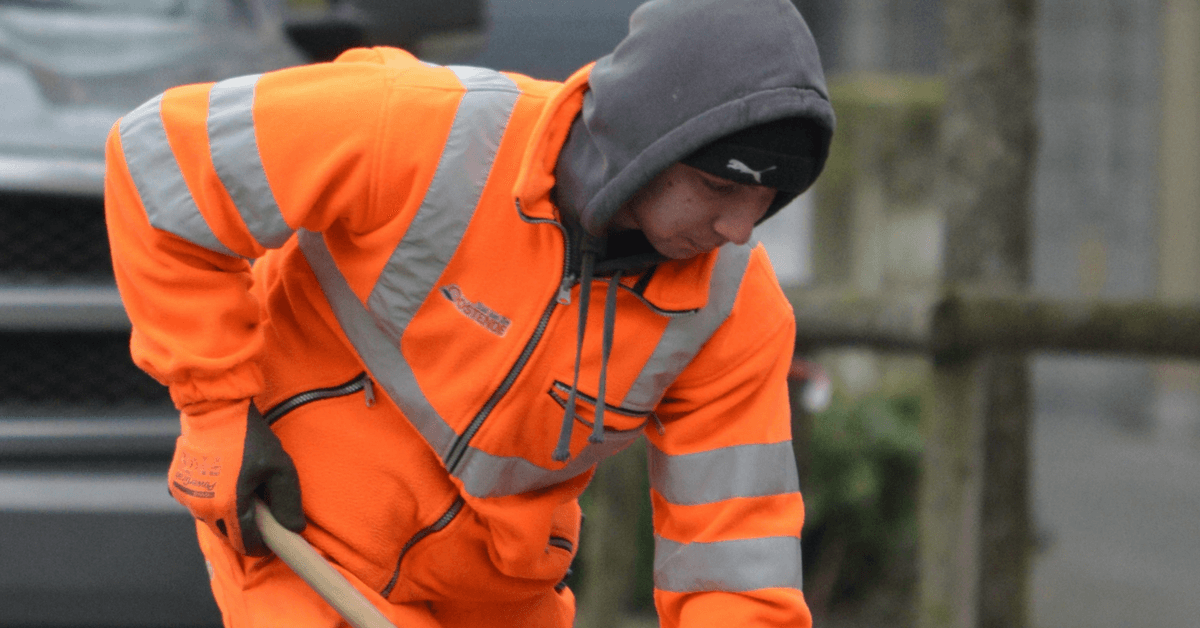 It’s National Work Zone Awareness Week – a time to reflect on how we can all drive more safely and prevent avoidable injuries and deaths that result from work zone accidents.

You’d just never know it by the way people are driving.

Whether it’s on one of the interstates or a side street – like 13 Mile Road between Middlebelt and Northwestern Highway that I was driving today on my way into our Farmington Hills offices – the construction zones, the orange cones, the blinking signs, the lettered signs, the workers, the high-visibility neon, reflective gear are doing very little to stop dangerous driving behaviors around construction workers and road workers.

Instead of slowing down when drivers see construction workers, far too many choose to ignore them entirely. People are still texting, talking on their phones, driving too fast and driving too close to road workers who are incredibly vulnerable and at the mercy of drivers.

To show support for work zone safety and for work zone workers, the Michigan Department of Transportation is urging everyone to wear orange today, Wednesday, April 11, 2018.

In addition to wearing orange, let’s make a difference by driving more slowly and safely through construction and road work zones.

There’s plenty of room for improvement in terms of saving lives and preventing injuries.

May we all use this week of work zone awareness as it was intended: Let it be, as the MDOT says, “a wakeup call to motorists to pay attention and drive safely at all times.”

Under Michigan’s existing Move Over Law (MCL 257.653a(1)), if a driver is approaching a police car, firetruck, ambulance or emergency vehicle and the vehicle’s emergency lights are flashing, rotating or oscillating, the driver “shall exhibit due care and caution,” “shall proceed with caution” and “yield the right-of-way by moving into a lane at least 1 moving lane or 2 vehicle widths apart from the stationary authorized emergency vehicle …”

And if moving over isn’t possible, then the driver “shall reduce and maintain a safe speed for weather, road conditions, and vehicular or pedestrian traffic and proceed with due care and caution, or as directed by a police officer.”

A wise, safety-conscious bill, House Bill 5382, which was introduced in the Michigan Legislature in January 2018, would extend the Move Over to protect construction workers as well.

Under HB 5382, if “a construction worker is present,” then drivers would be required to take all of the safety precautions that the Move Over law currently compels them to do when other emergency personnel are present.

It might sound simple, and that’s because it is.

But if more people were following the work zone speed limits (and put their phones down), then the number one cause of work zone accidents could be reduced. That means fewer construction workers being hit by cars, fewer accidents, fewer injuries and fewer deaths.

Here’s what Michigan auto law says about the speed limit in work zones:

“A person operating a vehicle on a highway, when entering and passing through a work zone … where a normal lane or part of the lane of traffic has been closed due to highway construction, maintenance, or surveying activities, shall not exceed a speed of 45 miles per hour …” (MCL 257.627(6))