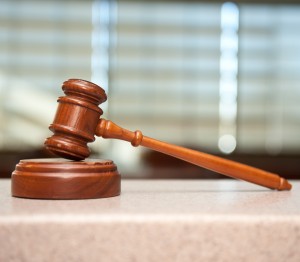 Attorneys who represent auto accident victims in this state have long suspected  that the deck is stacked against their clients  when they take their case before the Michigan Supreme Court.

Those suspicions are now confirmed, according to an excellent and timely new study by the Coalition Protecting Auto No-Fault (CPAN),  “Analysis of Michigan Supreme Court cases decided under the Michigan No-Fault Act within the past 10 years.”

“From 2003 through 2013, there have been 25 major auto no-fault insurance cases decided by the Supreme Court.”

“Of those 25 cases, the Supreme Court ruled in favor of the insurance companies and against the patients or health care providers 21 times.” [Emphasis added]

CPAN noted that the results of its analysis should be of particular interest to lawmakers:

“As the Michigan Legislature once again prepares to discuss possible changes to Michigan’s auto no-fault insurance laws, it is important … to consider how case law is impacting the state’s insurance system.”

“Michigan [auto] insurance companies are actively using [Michigan Supreme Court precedent] to deny treatment or services to accident survivors that had otherwise been provided under the law.”

I’ve  written about many of these court decisions that are decided in favor of the insurance companies, referenced by CPAN, including:

The most recent example is, in my opinion, the Michigan Supreme Court’s shameful ruling in Admire v. Auto-Owners.

In Admire, the court’s justices ruled that Kenneth Admire was not entitled to collect No Fault insurance benefits from his No Fault insurer, Auto-Owners Insurance Company, to “pay the entire cost of a van modified to accommodate [Mr. Admire’s] wheelchair.”

The Supreme Court majority reasoned that Mr. Admire’s transportation “needs” were no different after the motorcycle-car crash (which confined him to a wheelchair for the rest of his life) than they were before.

Astoundingly, the justices glossed over the fact that the only form of transportation Mr. Admire could use after the crash was “a van large enough for [him] to get in and out while remaining in his wheelchair,” yet before the crash he was physically able to ride his motorcycle, drive a car or truck, ride a bicycle or walk.

As I noted in my blog post on the Admire ruling, “Michigan Supreme Court’s No Fault ruling denies wheelchair van for motorcycle accident victim:”

“Among the legion of horrible No Fault rulings by the Supreme Court and Court of Appeals in this state from 1995 to now, this one occupies a  place near the top. It’s just a sad perversion of the way the No Fault law has always been construed and interpreted in this state.”

“Not only is it illogical and its conclusions counter-factual, but it’s  offensive to Mr. Admire and all auto accident victims whose have suffered catastrophic injuries.”

What a long, painful road it’s been

Unfortunately, the CPAN study is really nothing new.  The Michigan Supreme Court has been dominated by the Republicans for some time. The real criticism, however, is not that the majority on the Court has been Republican, but what kind of Republicans they have been: Politically activist, outcome-determinative, overtly partisan, and without regard to stare decisis.  The Court has received considerable criticism from the state’s lawyers and judges, and law professors.