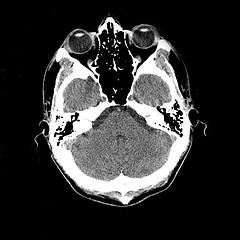 Recently one of the largest studies to date was released on the connection between traumatic brain injury (TBI) and the increased risk of developing dementia and Alzheimer’s disease later in life.

The study will be helpful for traumatic brain injury lawyers. I write this because lately, one of the hot TBI defenses du jour from many of the more notorious defense doctors — hired by insurance companies to perform one-time evaluations (also called IMEs), and then write reports and testify in personal injury lawsuits — has been that a person cannot be of increased risk of dementia or Alzheimer’s unless the TBI is severe. This study, released at the Alzheimer’s Association International Conference in France, clearly proves otherwise.

Dr. Laurie Ryan, a neuropsychiatrist from Walter Reed Army Medical Center and who now oversees Alzheimer’s grants at the U.S. National Institute on Aging wrote, “even a concussion or a mild brain injury can put you at risk.”

The study conclusively establishes a link between even very mild traumatic brain injury, concussion and far more devastating and debilitating illnesses like dementia and Alzheimer’s later in life. The study reviewed records of 4,902 veterans who had suffered traumatic brain injury ranging from only the most minor of concussions to skull fractures. It showed that the prior incident of head injury doubled the risk, and that severity of the injury made no difference in the future likelihood of developing dementia.

Dr. Yaffe, a University of California professor, commented: “It’s not just one kind of TBI or super-severe TBI” that poses a danger.”

Sadly, as a brain injury lawyer, I see defense doctors and insurance defense lawyers defending car accident lawsuits across Michigan making the exact opposite argument almost on a daily basis. The perpetuation of a very profitable cottage industry where defense doctors — many of whom don’t even have an active treatment practice or treat patients of their own for TBI — combined with the vast sums of money these doctors can make doing these types of one-time exams for insurance companies and defendants in auto accident lawsuits, almost lends itself to abuse.

At least this study may help the lawyers and TBI victims in court when the defense makes the all-too-common defense of completely dismissing the brain injury, because it was not medically classified as severe after the car accident.

Hippocrates wrote in the 4th Century BC that no head injury is too trivial to ignore. We see how true those words remain today. From Natasha Richardson hitting her head on snow on a bunny hill, to the NFL player studies to the autopsies being done on people who suffered mild concussions decades earlier, and now this latest study, it seems Hippocrates’ statement is as true today as ever before.

– Steven M. Gursten is an expert TBI lawyer and head of Michigan Auto Law. He is a member of the American Association for Justice Traumatic Brian Injury Litigation Group. Steve received trial verdicts of $5.65 million and $3.5 million for brain injury car accident victims in Michigan. Both trial verdicts were the largest reported auto negligence verdicts in Michigan for the year.

The problem of normal ERs in traumatic brain injury cases

Symptoms of TBI from auto accidents

9 steps TBI victims must take after a car accident

Michigan Auto Law is the largest law firm exclusively handling car accident, truck accident and motorcycle accident cases throughout the entire state. We have offices in Farmington Hills, Detroit, Ann Arbor, Grand Rapids and Sterling Heights to better serve you. Call (800) 777-0028 for a free consultation with a TBI lawyer. We can help.